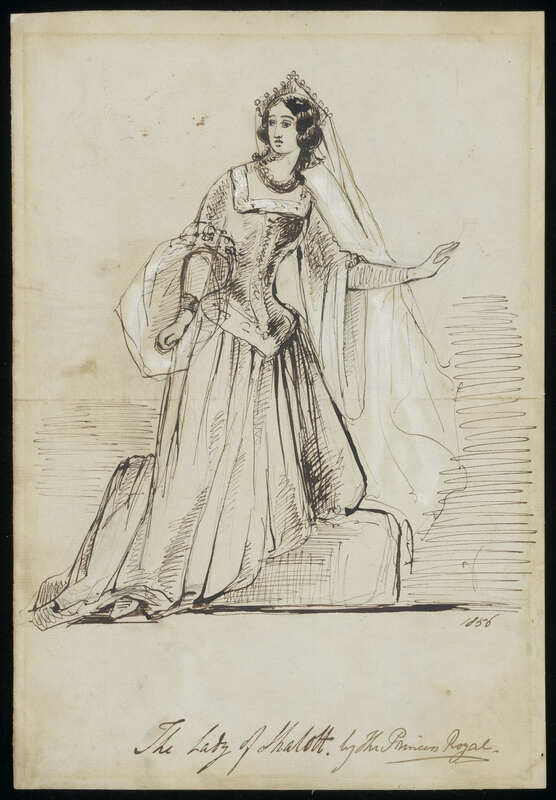 The Lady of Shalott, ink drawing by Victoria, Consort of Frederick III, 1856 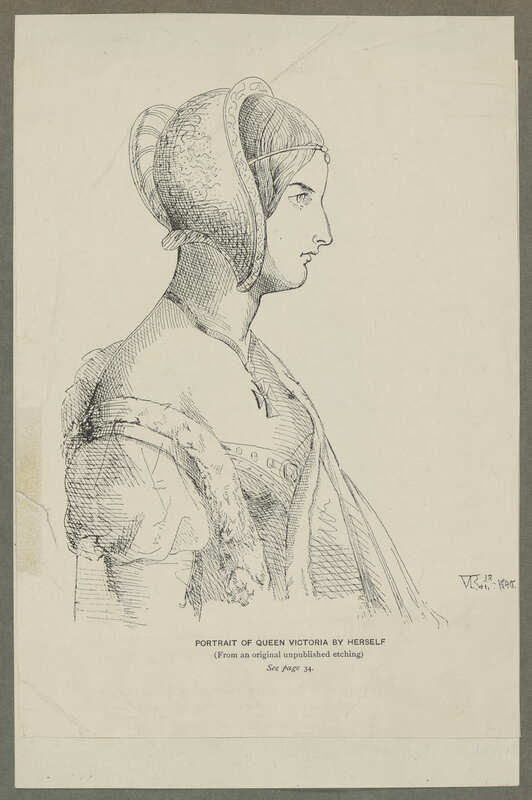 Portrait of Queen Victoria by Herself (from an original unpublished etching)

Queen Victoria and Albert were vast collectors and commissioners of the arts. Victoria and her children were also educated in a variety of artistic media, including ink drawing and watercolors. We see this training in Victoria’s journal, in which she chronicled her daily life alongside illustrations of her family, places she visited, and artwork. In “Portrait of Queen Victoria by herself,” Victoria has drawn herself in medieval fashion. Victoria and Albert were deeply interested in medievalism, as demonstrated in the art they commissioned and in their very lives. In 1842 they hosted a medieval-themed ball at Buckingham Palace. Albert dressed as King Edward III and Victoria appeared as Queen Philippa. Tennyson’s work was popular among the members of the royal family: in her journal on Sunday July 6, 1862, Queen Victoria wrote, “Bertie & Affie soon went down to play Billiards & Alice read aloud to us the ‘Lady of Shalott.’” Further demonstrating the warm reception of Tennyson’s work among the royal family, Queen Victoria and Prince Albert’s eldest child Victoria sketched the Lady of Shalott.