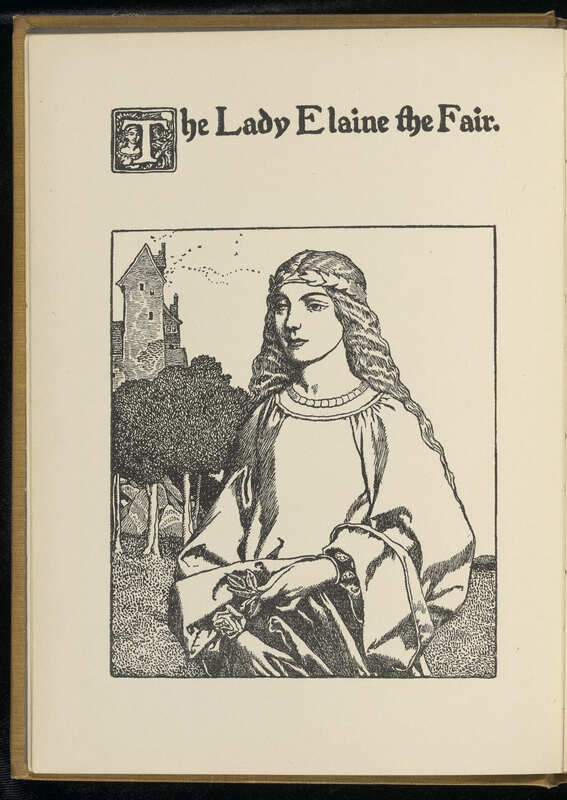 The Lady Elaine the Fair 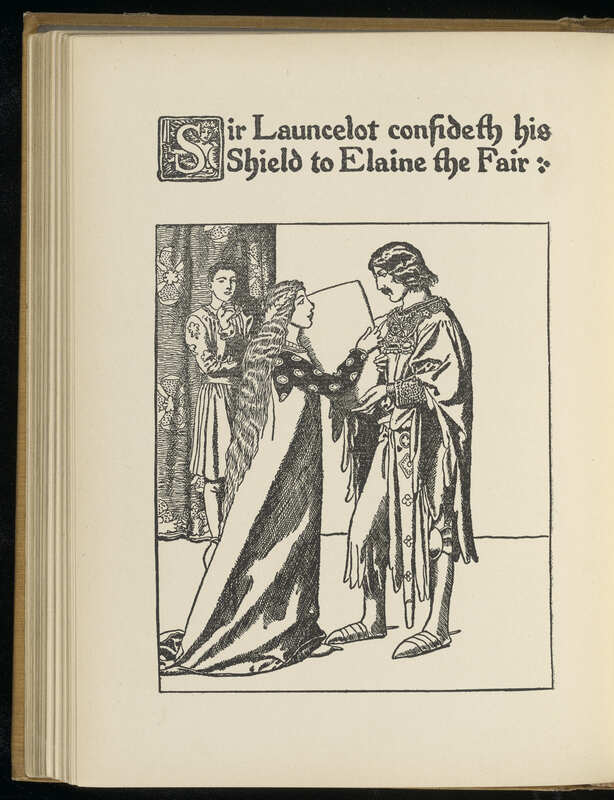 Sir Launcelot confideth his Shield to Elaine the Fair 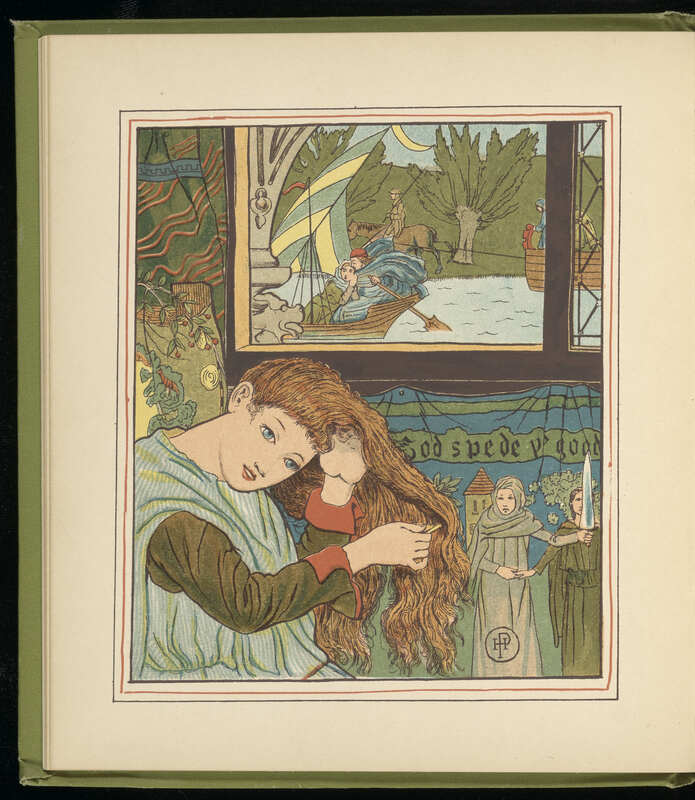 The Lady of Shalott near window 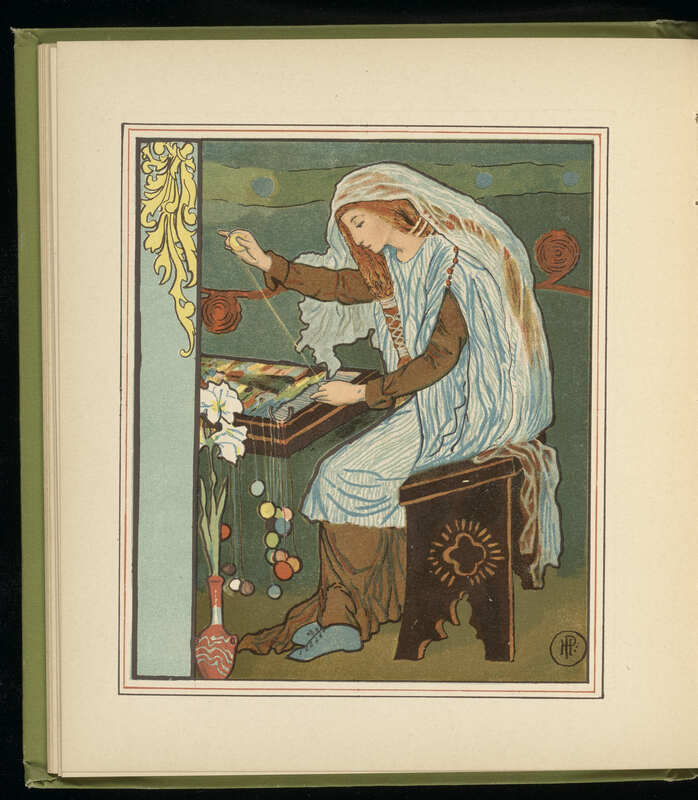 The Lady of Shalott weaving 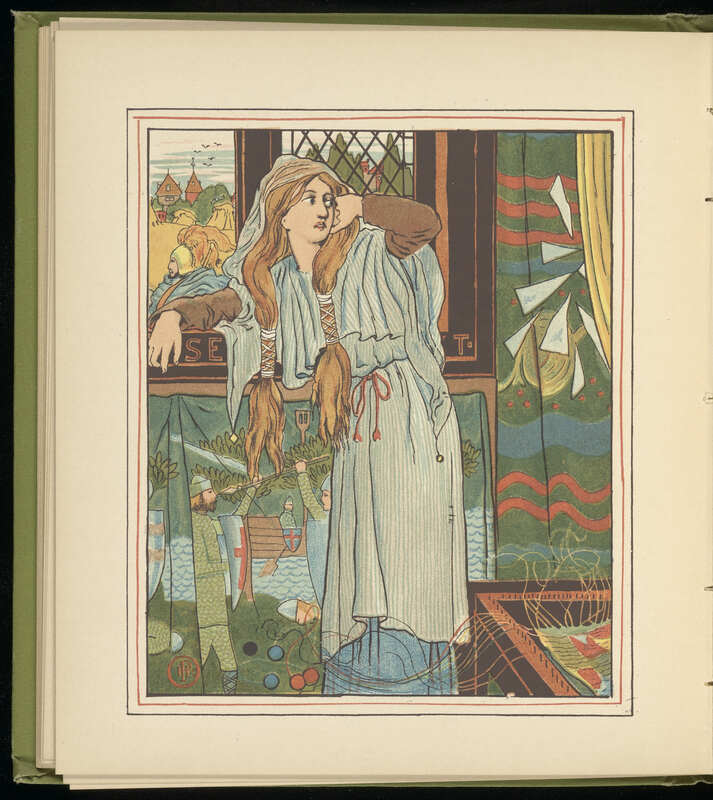 The Lady of Shalott curse 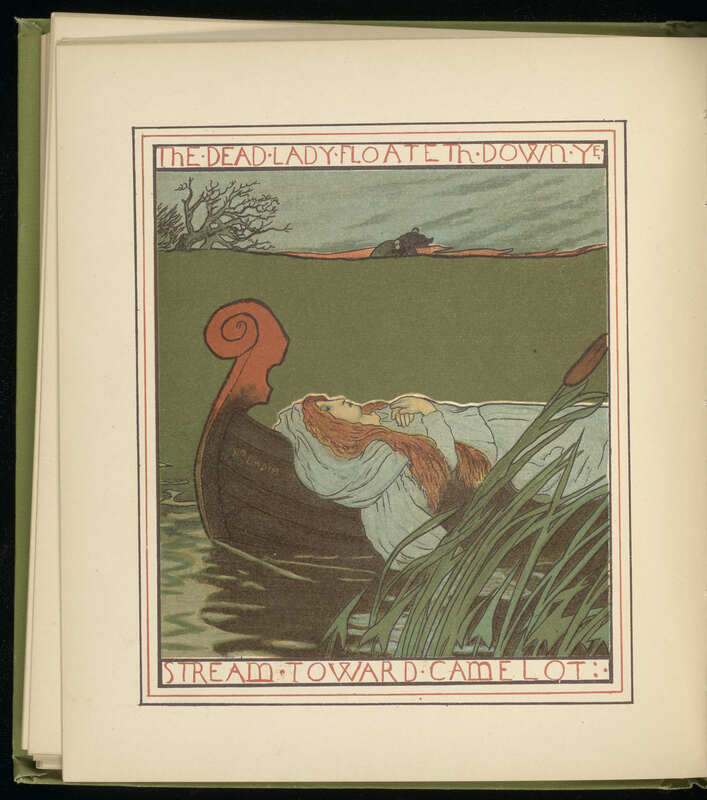 The dead Lady floateth down...

Howard Pyle brought his very Victorian version of the legend to an American audience between 1903-1910. Similarly to Tennyson, Pyle made no reference to any of the sexual improprieties in the medieval legend, apart from Guinevere’s affair. Pyle composed his version of Malory’s Le Morte d’Arthur to instill into middle-class young men a masculine allegiance to American ideals and culture by organizing boys into chivalric groups such as the Boy Scouts of America.

Pyle’s children’s version of The Lady of Shalott was commissioned in 1881 by Dodd, Mead and Company, and it marked his first Arthurian work. For this particular project, Pyle adopted an Art Nouveau style that he later abandoned in other works for a more neo-medievalist design, like the one we see in The Story of Sir Launcelot and his Companions. Pyle designed The Lady of Shalott to resemble an illuminated manuscript following nineteenth-century publishers’ push against industrialization. Alan Lupack found that in this period, “Numerous books on the history of illumination were published, some of which included chapters with advice for modern illuminators” (100). Pyle’s work features embellished capital letters, Gothic script, and an interest in nature. In The Story of Sir Launcelot and his Companions and later Arthurian works, Pyle focuses on the individuals in the text by featuring a full portrait of each main character. Although the text does not spend much time describing the characters, Pyle illustrates his figures in as detailed and realistic a manner as possible while setting them against minimalistic backgrounds. Pyle’s “Lady Elaine the Fair” is beautiful but humble in her attire. The maiden only wears a small laurel crown, a plain gold necklace, and a simple dress as she holds a rose in her left hand. Her modest outfit draws attention to her facial features as her beauty exists without added extravagance.