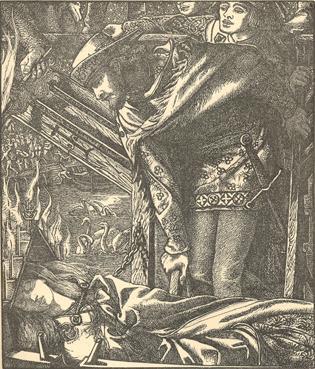 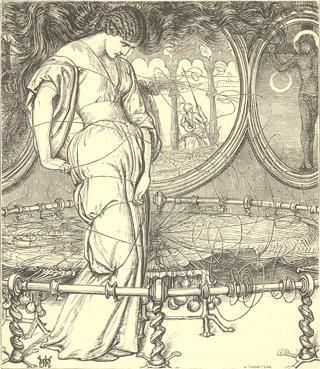 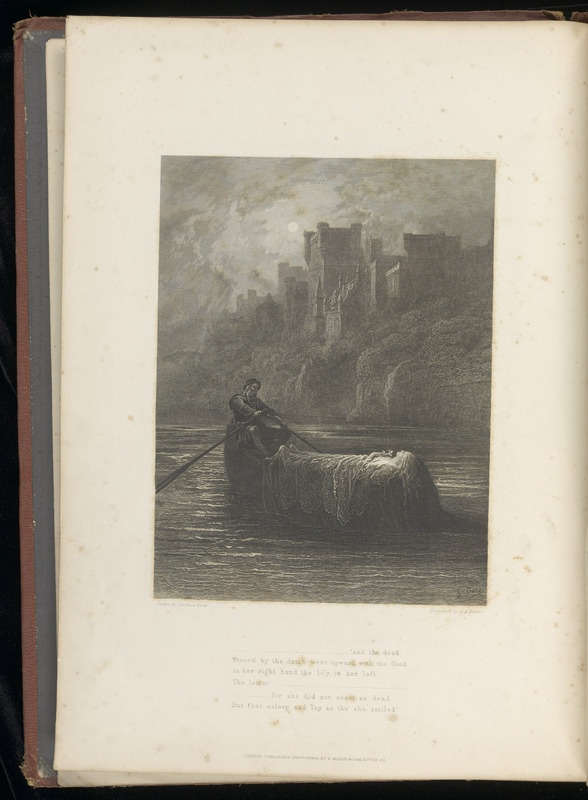 The Body of Elaine on Its Way to King Arthur's Palace 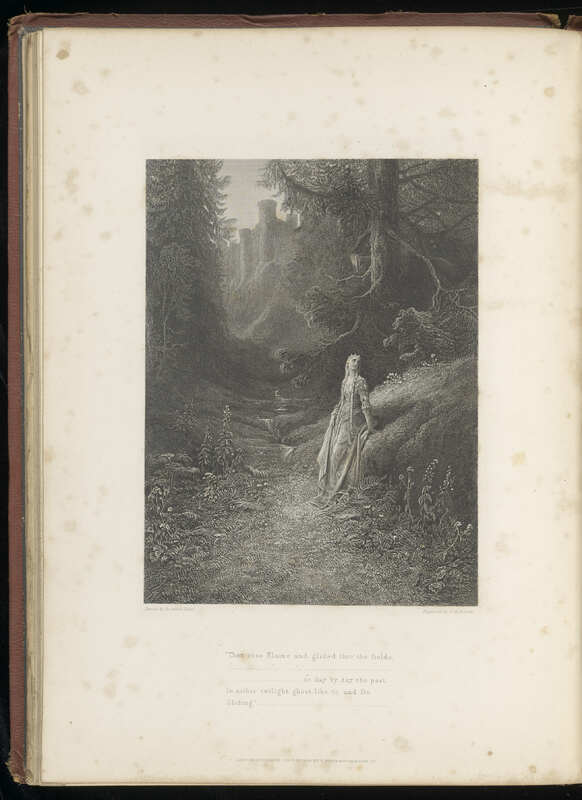 Elaine on Her Road to the Cave of Lancelot 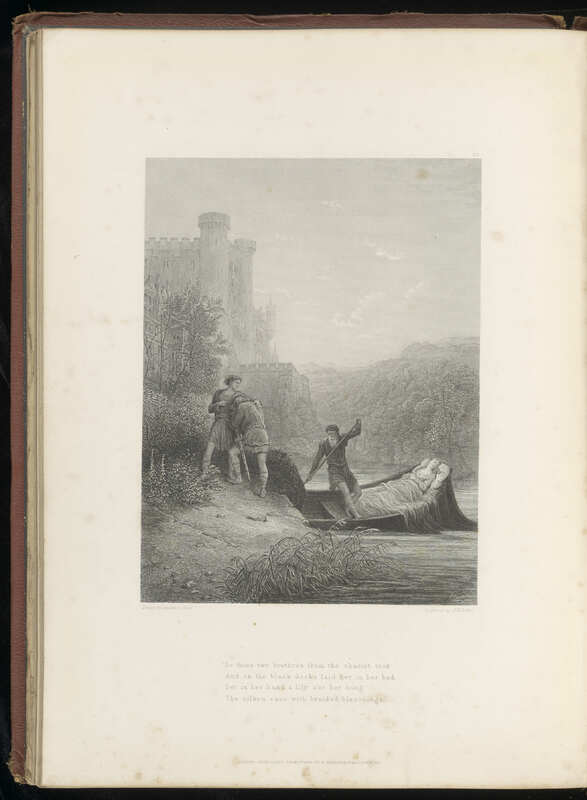 Torre and Lavaine Bid Farewell to the Body of Elaine

The Remorse of Lancelot

One of the most popular characters from Tennyson’s work was the Lady of Shalott, who inspired hundreds of artists to depict her across many different artistic mediums. The most popular depictions of the maiden included images of her staring into her mirror, her first glimpse of Camelot, lying in her boat as she dies from lovesickness, and the discovery of her body in Camelot. Although the maiden is not named in The Lady of Shalott, many authors and artists conflated the story of the Lady with that of Elaine, who in Thomas Malory’s fifteenth-century Le Morte d’Arthur dies from a broken heart after being rejected by Lancelot. Tennyson, inspired by Malory and the thirteenth-century novellina La Damigella di Scalot, would explore Elaine’s character more in the poem “Lancelot and Elaine” from the Idylls of the King.

The title of the exhibit, Reclaiming the Death of a Beautiful Woman: Female Voices Adapting the Lady of Shalott, refers to Edgar Allen Poe’s quote from The Philosophy of Composition that “the death [of] a beautiful woman is, unquestionably, the most poetical topic in the world.” Poe’s quote highlights a Victorian—and even earlier—idea that a woman’s ideal death was emotional, passive, beautiful, and romantic. In particular, suicidal women could be understood as demonstrating an overabundance of passion. The Pre-Raphaelite handling of the Lady of Shalott and Elaine further promoted this idealization of the “beautiful” and melancholic dead woman. She is helpless in the curse that strikes her and has no control of her surroundings. She can only be acknowledged by Lancelot and members of the court at the time of her death. If the maiden had lived after seeing Lancelot and thus successfully pursued following her desire, she would have been seen as a dangerous example of uncontained female sexuality. A woman following her yearnings was a taboo within the strict Victorian code of morality and gender norms.

Artists John William Waterhouse, Gustave Doré, and Dante Gabriel Rossetti all depict the maiden’s death in their art. Edward Moxon’s 1857 edition of Tennyson’s Idylls of the King contained thirteen engravings. The three main illustrators of this famous edition were Pre-Raphaelite artists Dante Gabriel Rossetti, John Everett Millais, and William Holman Hunt. Although Doré was not included in this particular edition, he would illustrate the maiden in an 1867 Moxon publication.

William Holman Hunt created multiple versions of his Lady of Shalott painting. His first portrayal of the scene was an 1850 pen drawing; he later engraved the same subject in 1857 for Moxon’s edition. Between 1886 and 1905, Hunt painted two additional versions of the Lady of Shalott—the larger painting now resides in the Wadsworth Atheneum in Hartford, Connecticut and the smaller version can be seen in the Manchester City Art Gallery in Manchester, England. In each version, Hunt depicted the scene in which the web breaks around the Lady at the exact moment the curse takes hold of her. The relevant line from Tennyson’s poem reads: “Out flew the web and floated wide; / The mirror crack’d from side to side; / ‘The curse is come upon me,’ cried / The Lady of Shalott.” At this point in the poem, the maiden looks away from her craft to gaze out the window and witness Lancelot with her own eyes. The maiden’s deviation from the mirror was understood by Victorian audiences as her abandonment of a morally spiritual and domestic life for one of secular passion. 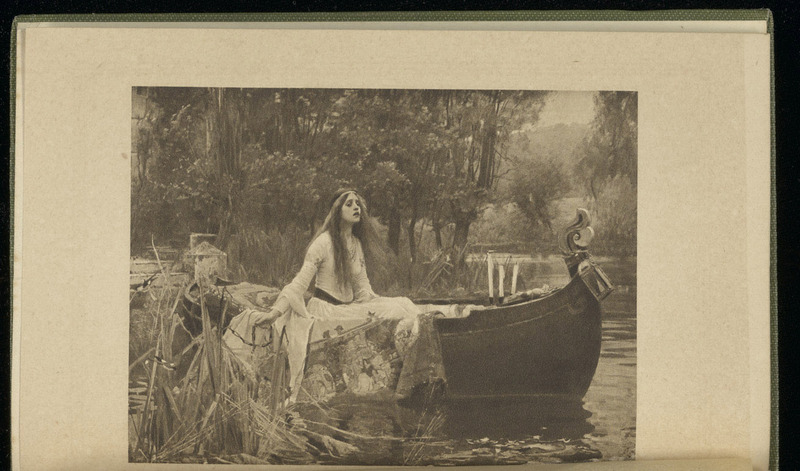