Tennyson’s “Idylls of the King” 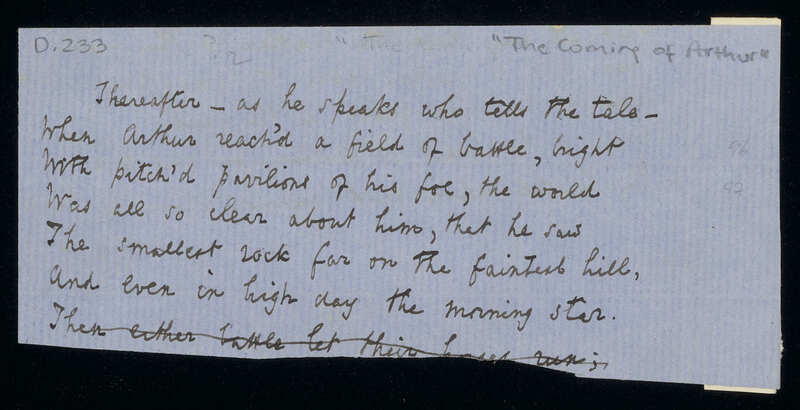 Lines from The Coming of Arthur 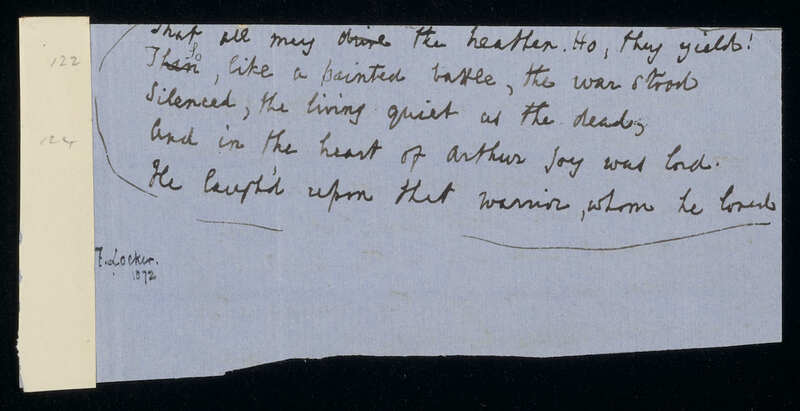 Lines from The Coming of Arthur

Alfred, Lord Tennyson’s Idylls of the King, a cycle of twelve Arthurian narrative poems, was published between 1859 and 1885. Tennyson was the first major English writer since Thomas Malory, who wrote Le Morte d’Arthur in 1470, to have written a book-length treatment of the Arthurian legend. Idylls was dedicated to Prince Albert in 1862, a year after his death, and Tennyson suggests that it is Albert who is “ideal manhood closed in real man,” rather than Arthur. The epilogue, “To the Queen,” was published in 1873. In this piece, Tennyson praised Victoria’s rule and hoped she would be remembered and celebrated as much as Arthur. Tennyson wrote Idylls as a Victorian guidebook to the ideal relationship between men and women.

“The Coming of Arthur” is the first poem in the collection and concerns the period following Arthur’s coronation, accession to the throne, and marriage to Guinevere. Significantly, the poem explores Arthur’s birth, setting aside older versions of the story in which Merlin disguises Uther as Gorlois. In Tennyson’s version, Uther marries Igraine after Gorlois’ death. In Tennyson’s work, all unsavory elements relating to Arthur’s character are obliterated: Arthur is reimagined as a legitimate heir to the throne, and Tennyson further deviates from his source material in order to remove Arthur’s son/nephew Mordred from the story. Furthermore, the poem illustrates Arthur’s immediate love for Guinevere and his confidence in their union; the king is convinced that with her companionship, he will be a just and rightful ruler along with his best and most loyal knight, Lancelot, at his side.