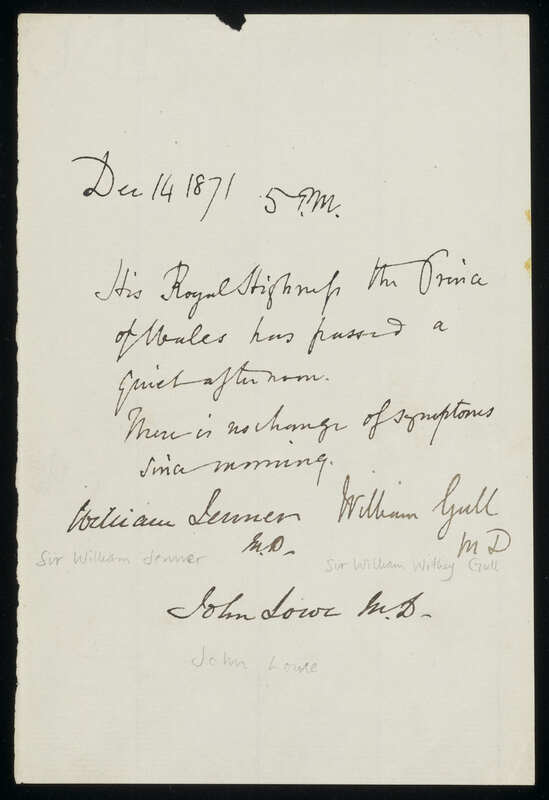 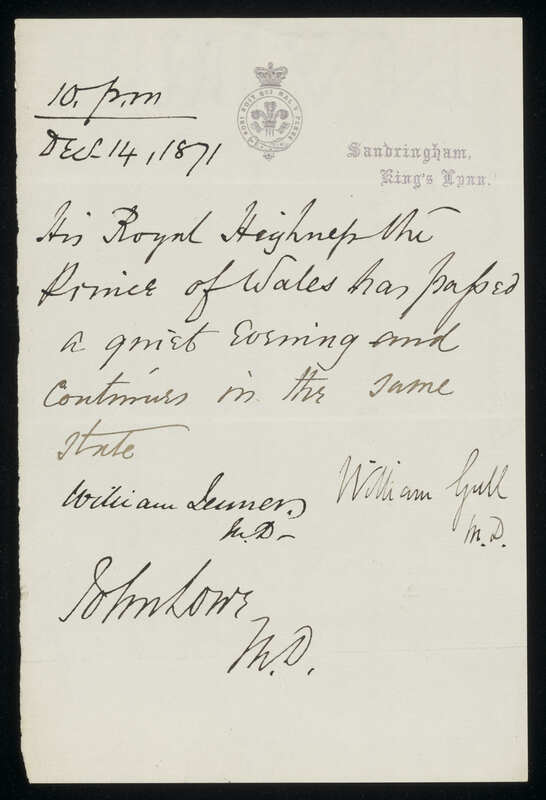 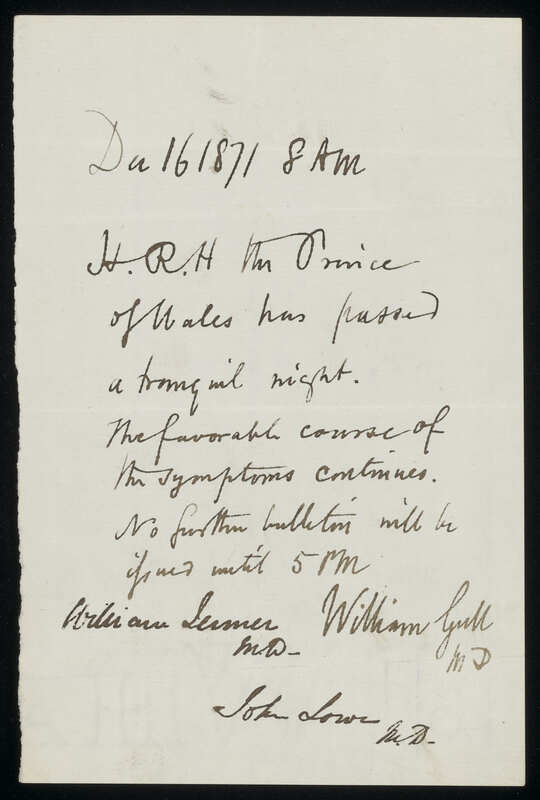 Queen Victoria’s husband, Prince Albert, died in December of 1861. She never recovered from his death. Near the end of his life, Albert was plagued with chronic insomnia and fatigue. He was diagnosed with typhoid, and on December 14th, he died. Typhoid fever is transmitted through the ingestion of food or water contaminated with the feces of another infected person, leading to high fever, weakness, and stomach pains, among other symptoms. As a prince, this “poor man’s” disease was not noble or heroic; indeed, it was interpreted by the upper classes as rather distasteful. To compensate for this harrowing disease’s effects, writers portrayed Albert as a young and heroic knight who died in his service to the country. This framing emphasized the pressures of public life and the Prince’s increasing responsibilities as factors in his waning health, helping to divert attention from Albert’s more objectionable typhoid. Artists of the time suggested his failing health resulted from his tremendous endeavors for the good of the nation and showed Albert as a hero and knight in his stone effigy.