Tennyson, Alfred Tennyson. Elaine: An Idyl of the King. The Broadway Booklets (London: George Routledge and Sons, Ltd., 1903). From the collection of Alan Lupack and Barbara Tepa Lupack. 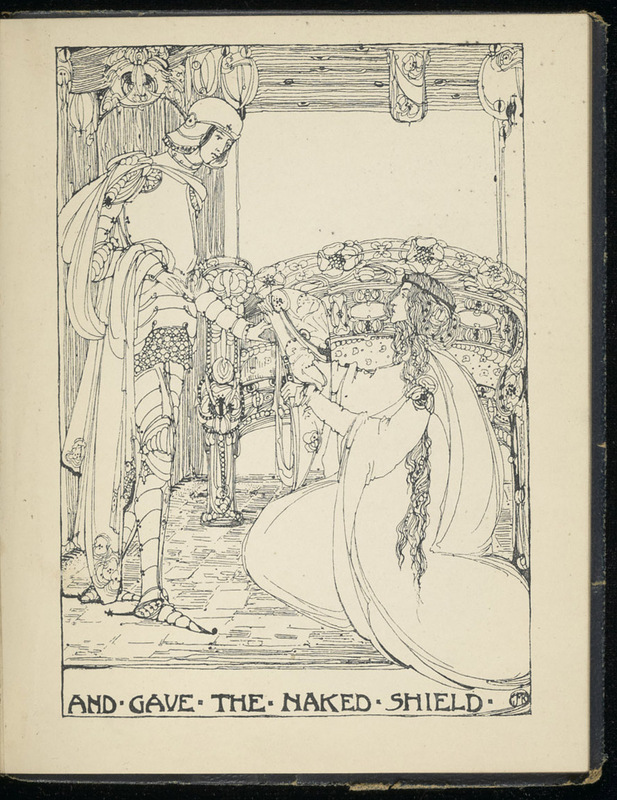 And gave the naked shield 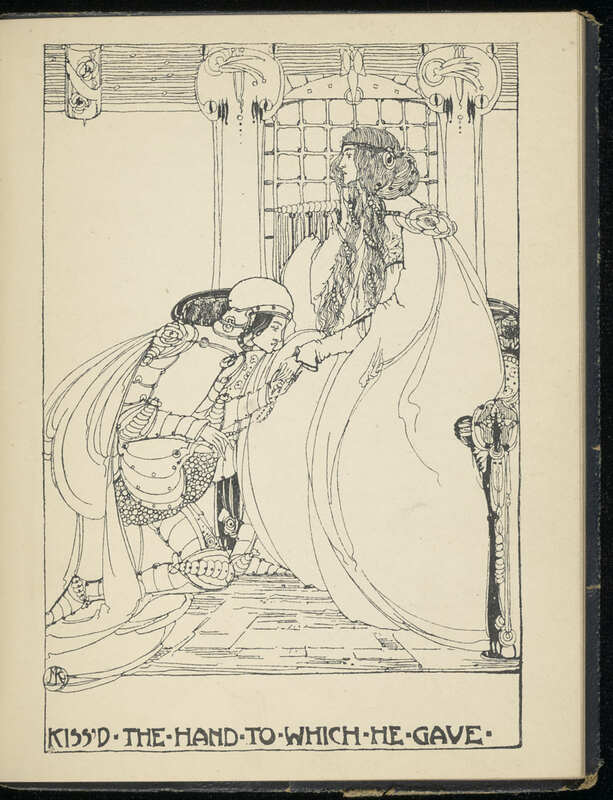 Kiss'd the hand to which he gave

Then came the hermit out

Jessie King is known as one of the most important Scottish illustrators of the twentieth century. She was a central figure in the Glasgow Style, or Scottish Art Nouveau, movement. King’s forms are often highly stylized with attention to minute detail. Her use of patterns and textures such as tiny dots, swirls, or stars often made her work stand out from that of her male contemporaries. In her illustration of the Idylls, King was interested in the creation of an imaginative Arthurian world rather than a realistic and stark one. Alan Lupack and Barbara Tepa Lupack in Illustrating Camelot comment, “King never pictures the dead Elaine being borne in her barge to Camelot…her Elaine remains ‘frozen’ in the happiness of her fantasy” (103). In “And gave the naked shield,” King reverses standard gender roles: Elaine kneels before Lancelot and presents him with his shield. Clare Broome Saunders notes that Elaine kneeling is “…a reversal of the traditional chivalric formula of kneeling knight presenting gifts to his lady-love” (166). Elaine is not the passive woman who pines for Lancelot from afar, but rather is shown in moments of action.