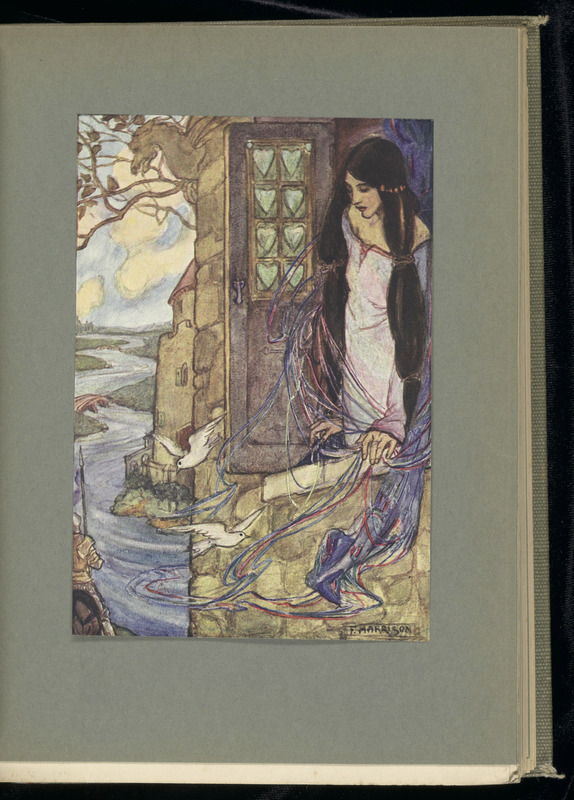 Image for Out flew the web and floated wide... 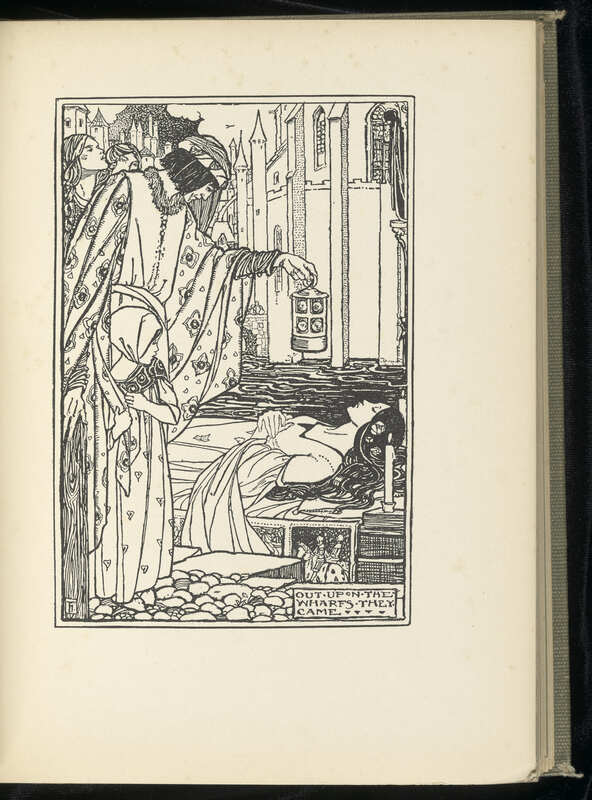 Out upon the wharfs they came...

Florence Harrison (1877-1955) was an English Australian Pre-Raphaelite illustrator. Published in 1912 by Blackie and Son, Ltd., Tennyson’s Guinevere and Other Poems features twenty-four colored plates and many other black and white drawings by Harrison. Her version of the Lady of Shalott showcases the character’s psychological depth as she gazes out the window toward Lancelot with a dreamy expression. The Lady turns away from her work with the strings of her loom wrapped around her hand, both tying her to the enclosure and alluding to escape as her tapestry unravels and she gazes upon Lancelot. The two doves between them symbolize the love and desire that the Lady of Shalott feels both for Lancelot and for the outside world. The scene’s fairytale-like quality is punctuated by the audience’s awareness of the reality that awaits the maiden. Although the last scene depicts a man discovering the Lady of Shalott upon her arrival to Camelot, it still pushes back against the traditional depiction of the Lady’s death: the man is not the only one to see the Lady in her barge. Hidden amongst the man's robes is a young girl who also discovers the maiden, and he is additionally flanked by two women peering over his shoulder. With these added characters, the Lady of Shalott’s death becomes less solely beautiful and tragic and more of a cautionary tale for other women to not follow her path. In this way, the Lady’s corpse becomes legible as a warning instead of solely as an object of sexual desire.