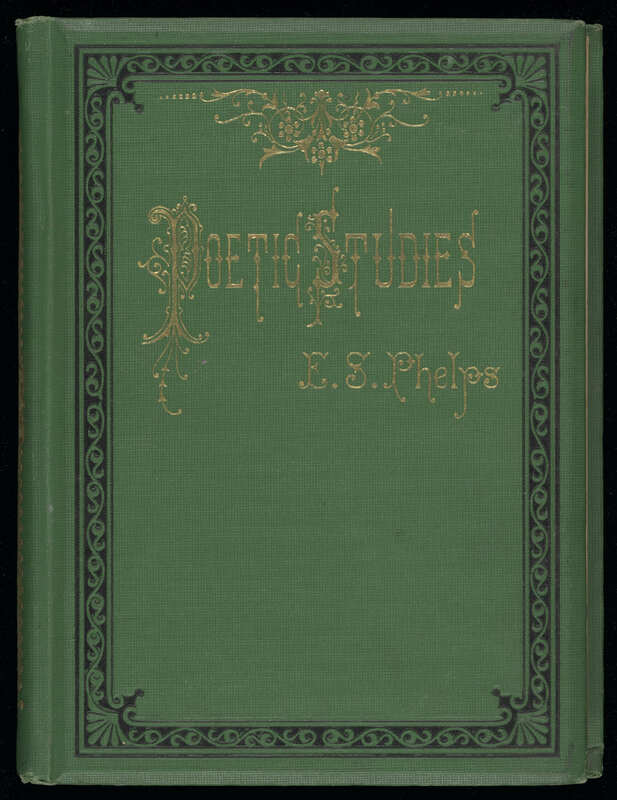 Elizabeth Stuart Phelps (1844-1911) was an American author who drew inspiration from the medievalism craze that unfolded in England and the United States. Phelps was a celebrated suffragist who questioned Christian theology, dismantled traditional domestic gender norms, and advocated for dress reform for women. Often her writing is characterized as depicting the “New Woman.” At the time of her death, she had written fifty-seven volumes of fiction, essays, and poetry, including “The Lady of Shalott” (1871), “Elaine and Elaine” (1883), “The Christmas of Sir Galahad” (1871), and “The True Story of Guenever” (1876), among other Arthurian poems. In “The Lady of Shalott,” Phelps depicts the medieval maiden as a sickly and disabled seventeen-year-old girl in a modern slum whose mirror is destroyed when she looks at a doctor. She then succumbs to the “curse” of poverty and dies. In the poem, Phelps remarks that she understands the maiden more than Tennyson did. Phelps’ reasoning is that she is aware the teenager is disabled, “a fact which I think Mr. Tennyson has omitted to mention in his poem.” Not only does she identify herself as more knowledgeable than Tennyson, but she even dismisses his title of “Lord” for “Mr.,” highlighting how often women’s titles are similarly dismissed. Phelps’ interest in dismantling gender stereotypes and giving voice to women’s needs is also found in her poems from Poetic Studies. Although Poetic Studies is on a much smaller scale than her earlier work, the poems in this collection create a more intimate feeling between reader and author. Phelps’ poetry often depicts women who reject marriage and sensibilities in regard to motherhood. In “A Woman’s Mood,” Phelps discusses how frequently men use or underestimate women. Phelps implores her readers to see the value in women and to imagine what women can offer the world when presented with the opportunity. “A Man’s Reply” offers the perspective of a man while also commenting on itself: the poem is written seemingly from a masculine perspective, but it simultaneously seems critical of the coldness of men while engaging in the problematic behavior the poet identifies. The poem contains strong feminist themes as the poet celebrates women’s ability to love in a way that is an “extra sense…granted not to man.”