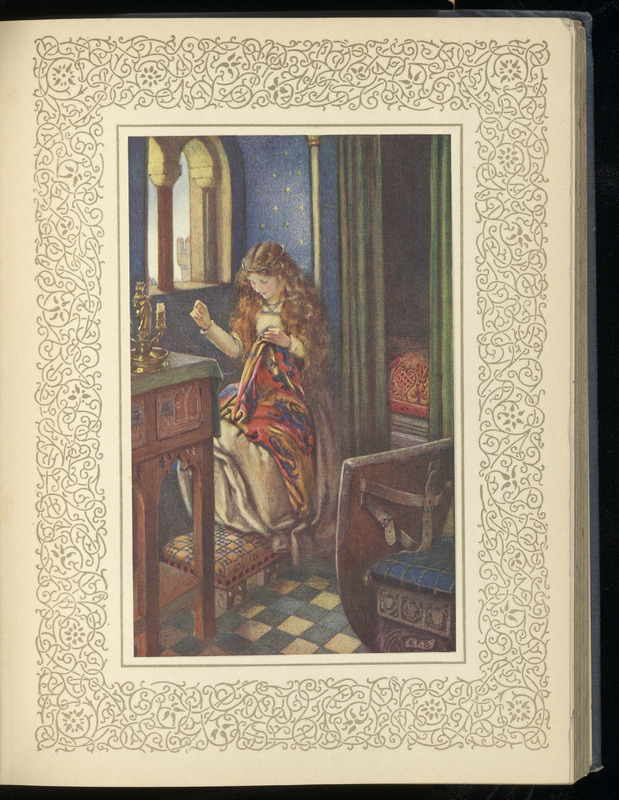 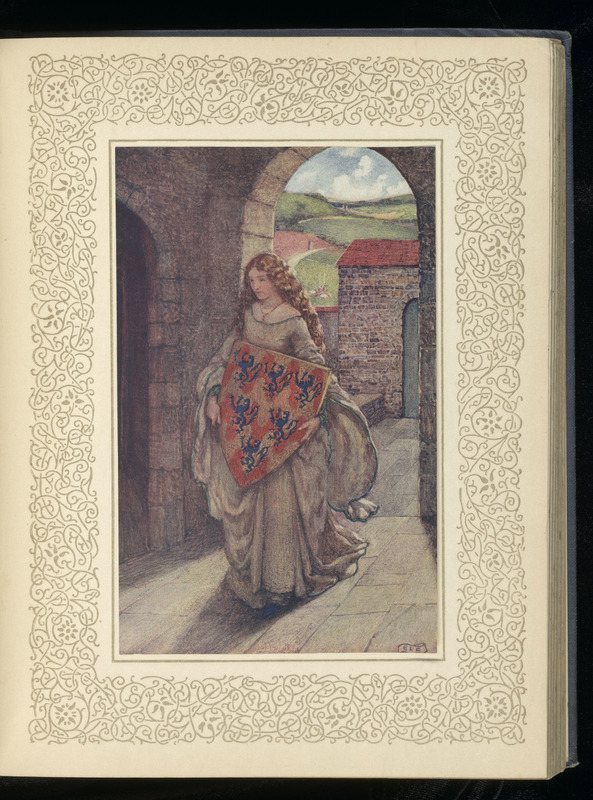 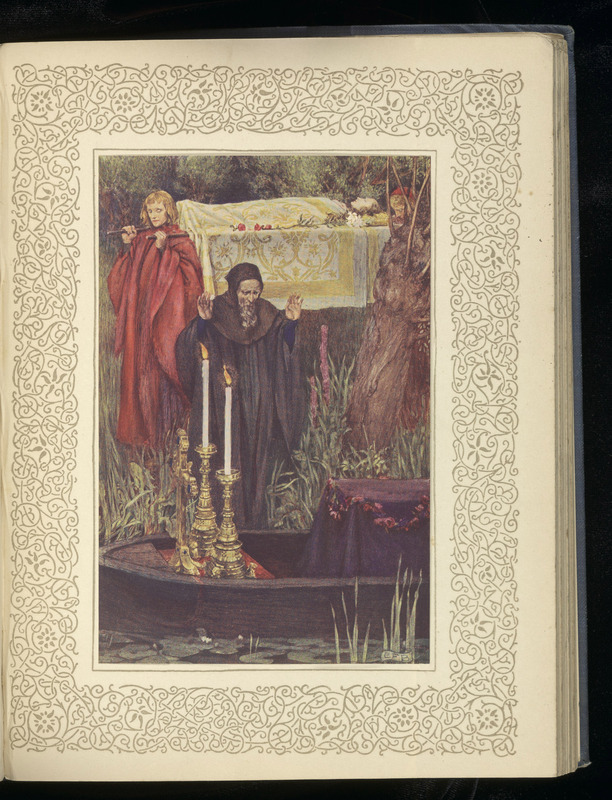 Elaine Being Carried to the Barge 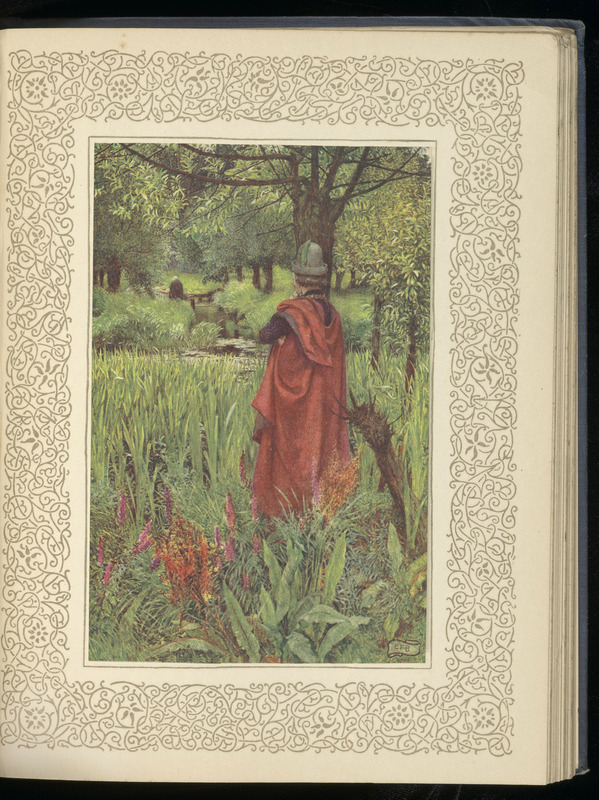 Eleanor Fortescue-Brickdale (1872-1945) was an English oil and watercolor painter and illustrator as well as designer of stained glass. Fortescue-Brickdale studied at the Crystal Palace School of Art and the Royal Academy School and was influenced by Pre-Raphaelite artists, such as John Everett Millais and John William Waterhouse, through her teacher Byam Shaw. In 1896, Fortescue-Brickdale made her debut at the Royal Academy of the Arts in London; thereafter, she was a regular exhibitor, often displaying her works inspired by medieval literature. In 1909, Fortescue-Brickdale was commissioned by Ernest Brown of the Leicester Galleries to paint a series of twenty-eight watercolor illustrations of Tennyson’s Idylls of the King. She completed the commission in just two years and exhibited the illustrations in the Leicester Galleries in 1911. They were then published in a deluxe illustrated edition of the Idylls. Fortescue-Brickdale’s style is considered late or “neo” Pre-Raphaelite, with a focus on nature and solitary figures. Her figures are less dreamy or whimsical than those of some of her contemporaries.

Fortescue-Brickdale depicted Elaine in several illustrations. The first image offers a private look into Elaine’s life as she sits near the window attending to her needlework with Lancelot’s shield resting in front of her. The masculine shield breaks up the traditional domesticity of the scene; although Lancelot is not physically present, the shield with his coat of arms is enough to bring unease to a traditionally a feminine-gendered space. In another scene, viewers see Elaine delicately holding the shield in front of her as if presenting her own coat of arms.

Fortescue-Brickdale’s treatment of the dead Elaine in the barge is unconventional in comparison to those of many earlier artists. While Elaine is typically centered in the image, lying in her death-barge, here she is off-center and being carried to the barge. The focus of the image is on the golden crucifix and large candlesticks on the dark-colored barge. Elaine is shrouded in a white and gold silk cloth with lilies (symbolizing purity) laid next to her head and rosebuds (symbolizing love and youth) around her young body. In the last image of Elaine, the focus is more on a male figure, perhaps Lancelot, than on Elaine herself, who is in the background in a small boat carried by the river to Camelot. As the male figure’s back is turned to the viewer, it is impossible to discern his emotions as he views Elaine from afar. However, just as Fortescue-Brickdale gives viewers a glimpse into the private life of Elaine, in this image she depicts the knight’s private mourning. The goal is not to romanticize Elaine’s death as beautiful, but instead to focus on the complex emotions that accompanying death and mourning.