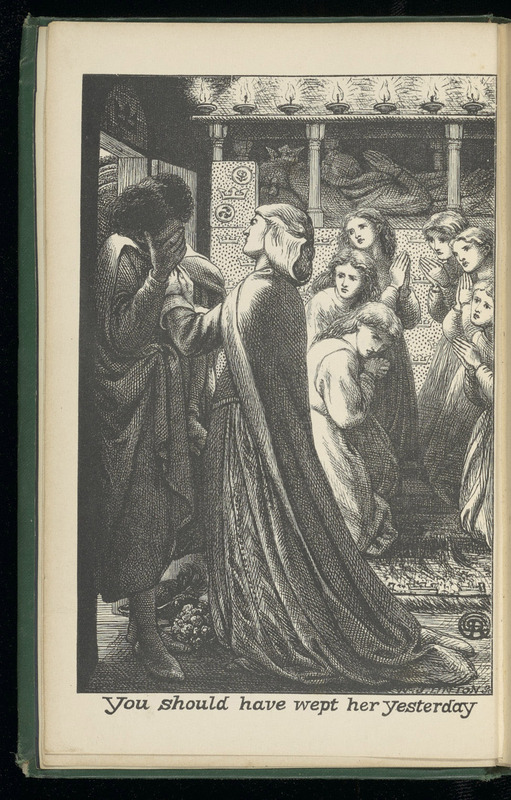 You should have wept her yesterday (Dante Gabriel Rossetti) 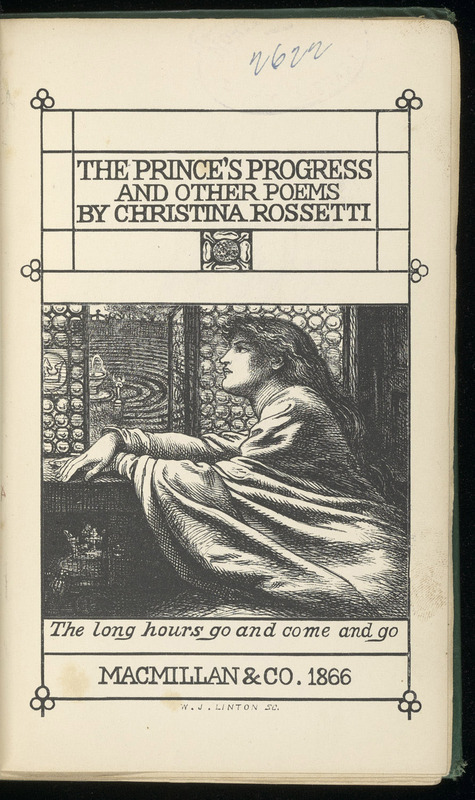 Christina Rossetti (1830-1894) was a renowned English poet. Her father, Gabriele Rossetti, was a well-known Dante scholar and teacher of Italian at King’s College London. All Rossetti’s siblings would become renowned scholars, authors, and artists inspired by—or actually participating in—the Pre-Raphaelite movement. Christina is also remembered as a model for many of her brother Dante Gabriel Rossetti’s paintings. In 1866 Christina Rossetti published The Prince’s Progress and Other Poems, in which a prince finds his bride dead after his continually thwarted quest for their reunion. This volume of poetry came soon after the publication of Christina’s wildly successful Goblin Market and Other Poems in 1862. Somewhat similarly to Tennyson’s The Lady of Shalott, the central poem in The Prince’s Progress and Other Poems is concerned with chivalric ideals, proper relationships, and ultimately the consequences surrounding false expectations of love. Although the poem is titled “The Prince’s Progress,” it is in fact the titular prince’s lack of progress that causes the bride’s death. The poetic series questions whether chivalric ideals are worth dying for.

Dante Gabriel Rossetti illustrated the frontispiece and title page of this edition. The title scene depicts the heartbroken prince hearing the news of his bride’s death, juxtaposed with the princess looking out a window, longingly awaiting her prince’s arrival. A serving woman blames the prince for the maiden’s death, placing her hands on his chest and pushing him out the door, with the last lines of the poem printed at the bottom of the illustration: “you should have wept her yesterday.” The six women in the background, praying in front of the shadowed tomb of their recently deceased princess, turn their faces to the prince, emoting blame. While Dante Rossetti’s illustration places much blame squarely upon the prince, Christina Rossetti’s characters and motivations are neither positive nor negative. Although the prince is late, his motives are chivalric, while the princess appears to be content to do nothing but wait. Dante Rossetti’s work focuses on the “fairytale” aspect of the story, while Christina’s poem is concerned with internal struggle and conflicting responsibilities.