Butts, Amy. The Idylls of the King, Illustrated by Amy Butts. Day & Son, 1863. From the collection of Alan Lupack and Barbara Tepa Lupack. 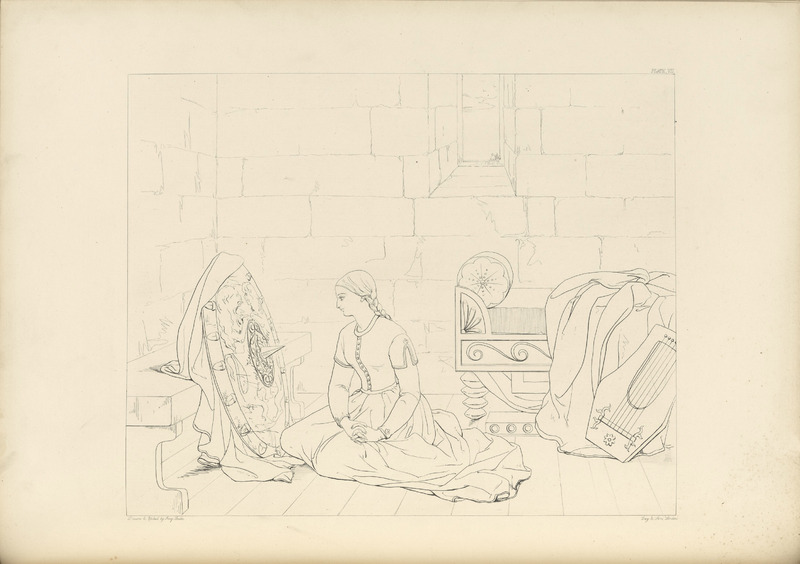 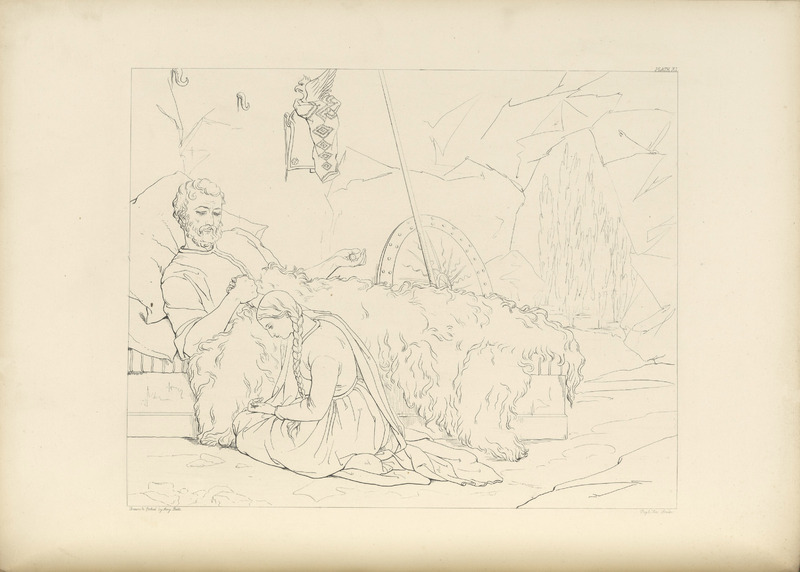 …She knelt full lowly by the corners of his bed, 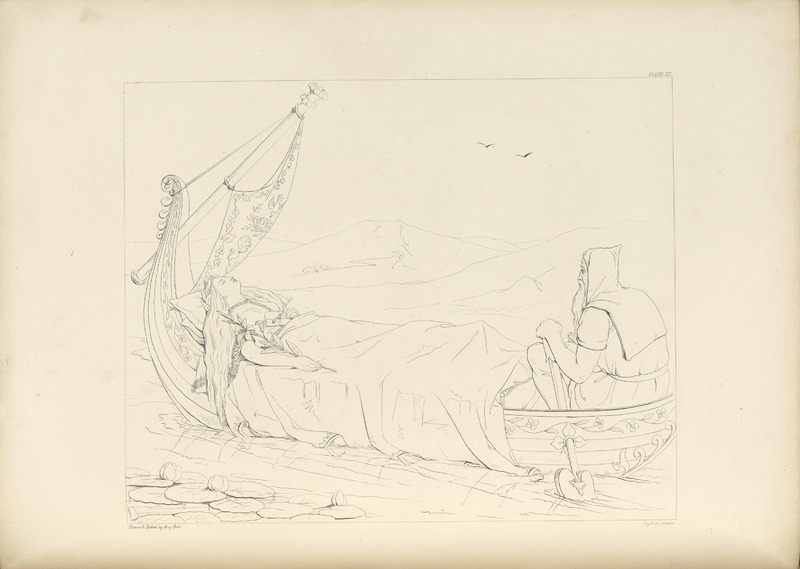 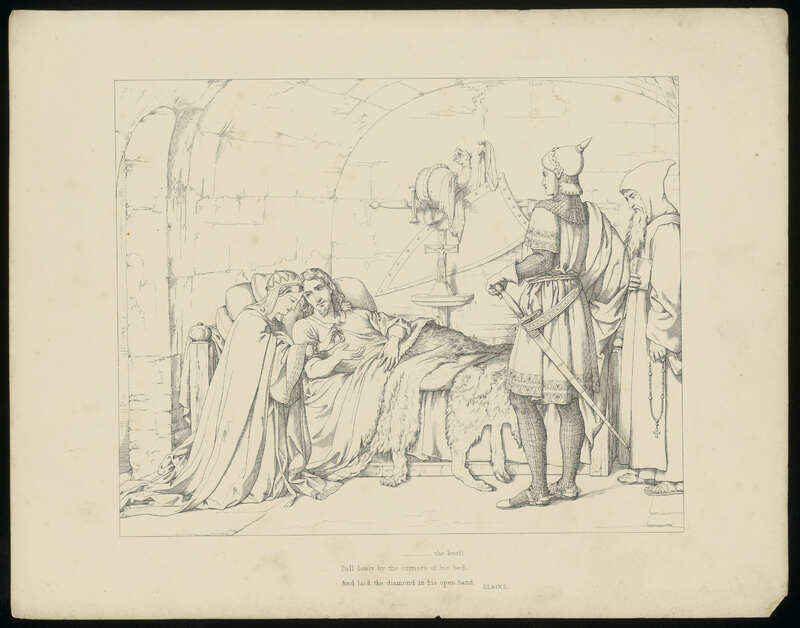 ...she knelt Full lowly by the corners of his bed, And laid the diamond in his open hand (Elaine) 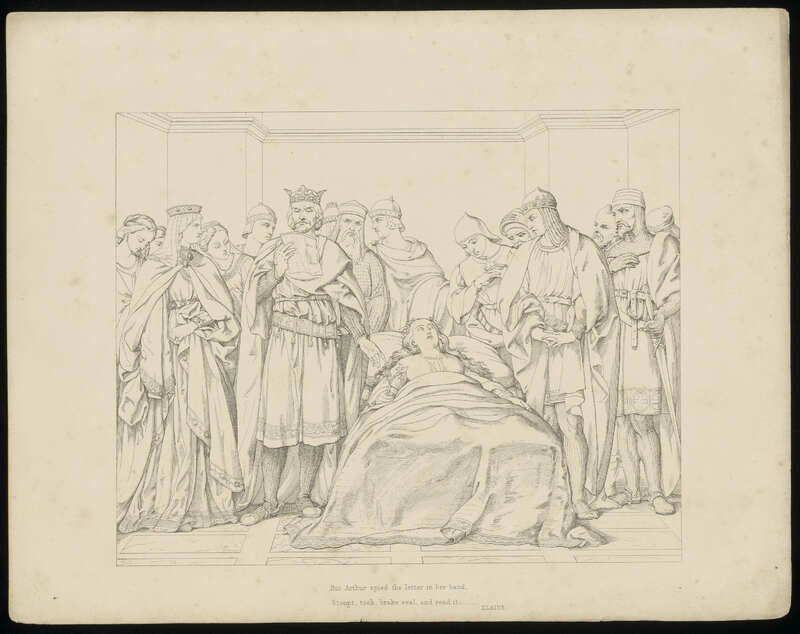 But Arthur spied the letter in her hand, Stoopt, took, brake seal, and read it;... (Elaine) 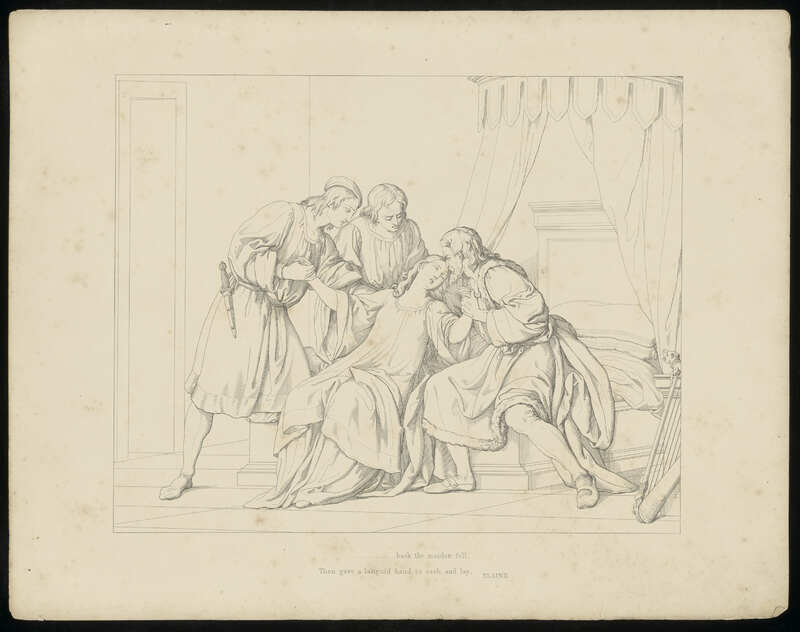 ...back the maiden fell, Then gave a languid hand to each, and lay (Elaine)

Paolo Priolo (1820–1890 or 1892) was a mid-Victorian book illustrator and designer who worked in wood engraving, etchings, and lithography. In 1861, Priolo submitted a series of plates to a contest sponsored by the Art Union of London to illustrate the 1859 edition of Tennyson’s Idylls of the King, set to be released in 1863. The Art Union of London was interested in pieces that exhibited realism and simplicit, with a particular interest  in work that upheld conventional Christian morality. Priolo submitted 16 original illustrations with an introductory plate and won the contest. As the winner, he received one hundred guineas, and his work was briefly exhibited in London. Priolo's Christ-like Lancelot, seen here, is a good example of the Christian symbolism resonant in the artist's work.

Amy Butts was another artist who entered the Art Union competition. As a whole, Butts’ submission contains more illustrations of women than that of Priolo, featuring four illustrations for the poem “Enid” and seven for “Elaine.” In the first illustration here, a young Elaine tends to the wounded Lancelot in bed, with his shield and lance resting in the background. Butts shows Elaine looking down, too shy to look up at an older Lancelot who looks at the maiden with some interest. The second image is of Elaine in the barge. While Priolo depicted Elaine after the court discovered her body, Butts shows Elaine during her journey in the death barge. The boat itself is designed with a floral pattern, mirroring the traditional lily and letter that Elaine holds in her hand, per Tennyson’s poem. The focus of the image is on the living ferryman rather than the dead girl.